The Many Benefits of Rosemary Oil To Your Body 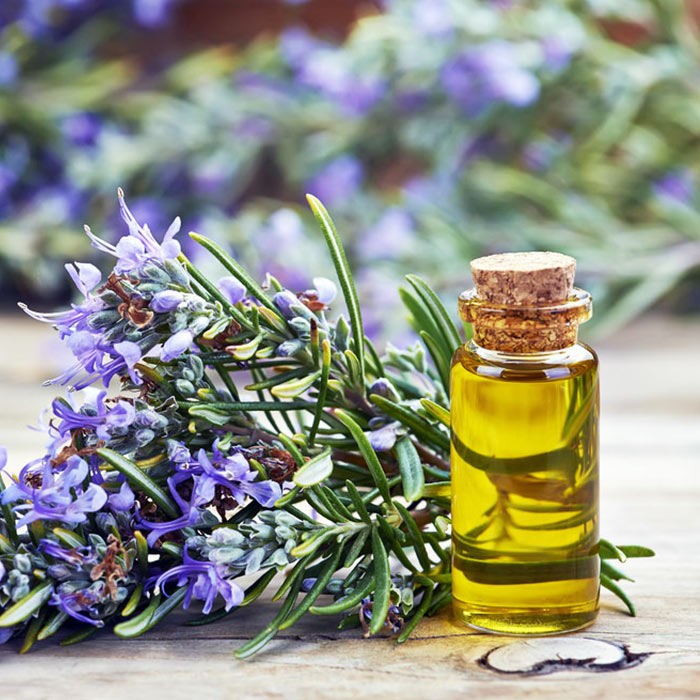 When we think of rosemary, we think of the spring that’s constantly on our steaks, ribs, and other meats. With its singular aroma and taste, it not only seasons our meats and pasta to perfection, but it also adds that singular texture to satisfy our palettes. Rosemary is native to the Mediterranean, and people have long used not just the evergreen herb for cooking, the essential oil that comes out of it, aptly named, rosemary oil, has long been used for various purposes as well.

Rosemary oil is an essential oil that’s extracted from the rosemary plant that was first discovered on the sea cliffs of the Mediterranean. Its name comes from the Latin “ros” and “marinus”,  meaning “dew of the sea”. It’s long been believed that rosemary oil can strengthen the body, and has stimulating properties akin to the mint family where it’s herb is scientifically classified with.

So if you need that extra push to make rosemary oil a mainstay in your kitchen, here are some pretty solid and strong arguments:

It helps with brain functions.

One of the main components of rosemary oil is limonene, a mood-balancer, and psycho-stimulant. The Romans were not amiss as they traditionally thought rosemary oil as a natural memory enhancer. A study with 20 young adults showed that their mental alertness increased in direct proportion with the amount of rosemary oil diffused in the room. Another study compared nursing students who took a whiff of rosemary and lavender oils, plus a placebo group. In the end, the group that breathed rosemary oil had better concentration and information recall than those that whiffed lavender and those who took nothing at all.

In another study, a group of stroke survivors with shoulder pain was instructed to use rosemary oil for two weeks. After the study, the survivors reported a 30% reduction in pain. Camphene, another main component of rosemary oil is a proven anti-inflammatory and contains soothing properties. It helps reduce stress levels as well as nervous tension. In homemade recipes, the oil is usually diluted in water for fresheners. This is a nifty trick to incorporate rosemary oil in the whole house. Not only it will make your house smelling divine, but it will also help with your family’s pain, brain functions, and well-being.

It improves the overall mood.

Rosemary oil is popular as a massage oil in certain circles – although not as popular as lavender. When used as a massage oil, it increases stimulation which in turn relaxes the body, facilitates healthy digestion, bloating and constipation. With its soothing properties, rosemary oil mixed with water and applied directly to the skin can reach the brain and improve its functions altogether, resulting in a better mood.  In addition, rosemary oil in the skin can also help improve deep breathing as well as eliminate headaches.

Rosemary oil is great for hair and skin.

Cosmetically, rosemary is an astringent which makes it great as a toner. It has antifungal and antimicrobial properties as well so it can be used for oily skin, eczema, even acne. Mixed with olive oil, rosemary oil is traditionally used in hair care products to strengthen follicles and darken the color of the hair.

All in all, when you think about it, rosemary oil is not just a great addition to your essential oils, it’s a must-have for a healthy living.

5 of the Most Powerful Medicinal Plants in the World
September 19, 2019

Best Natural Remedies for Eczema
September 19, 2019
Find on this website
Go to Top