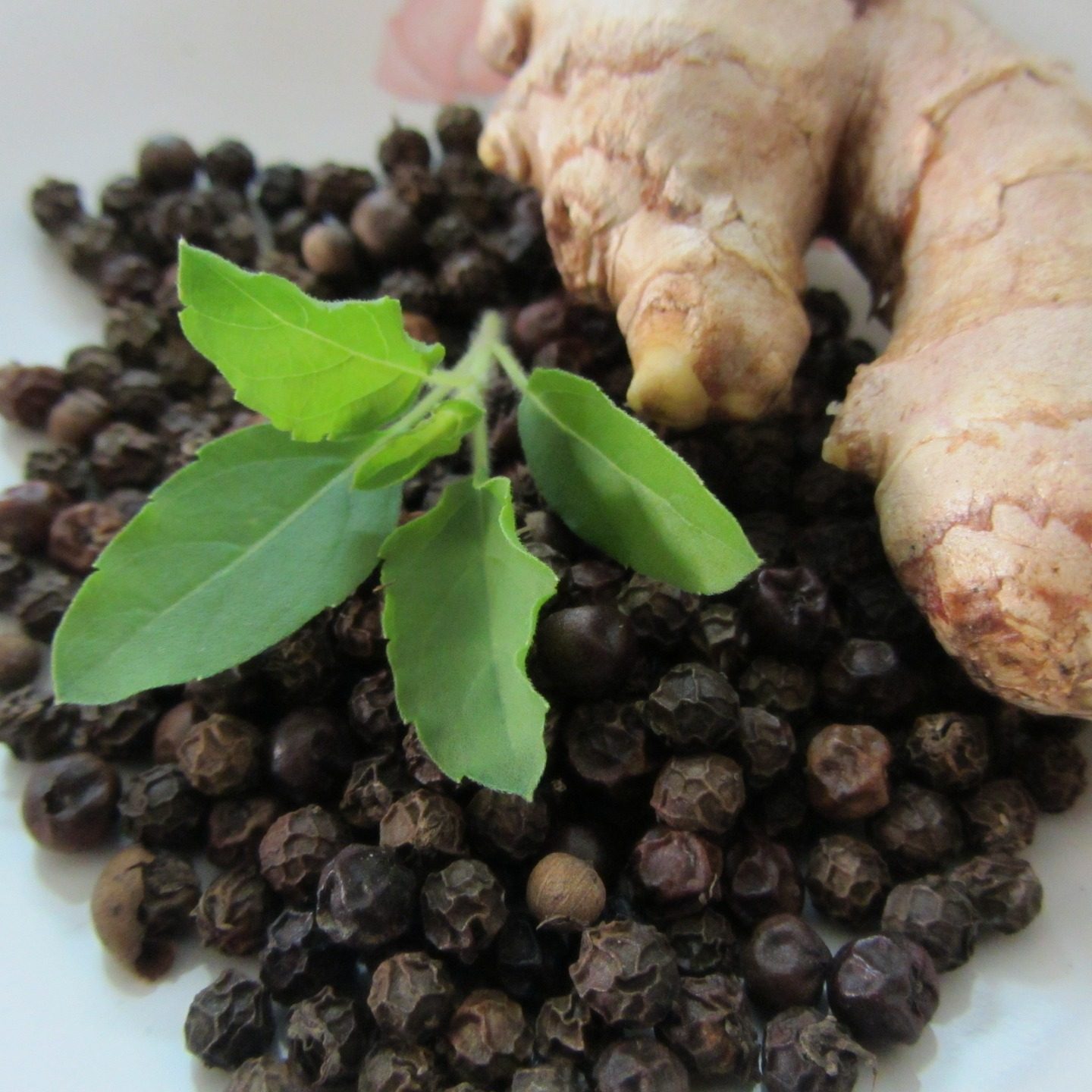 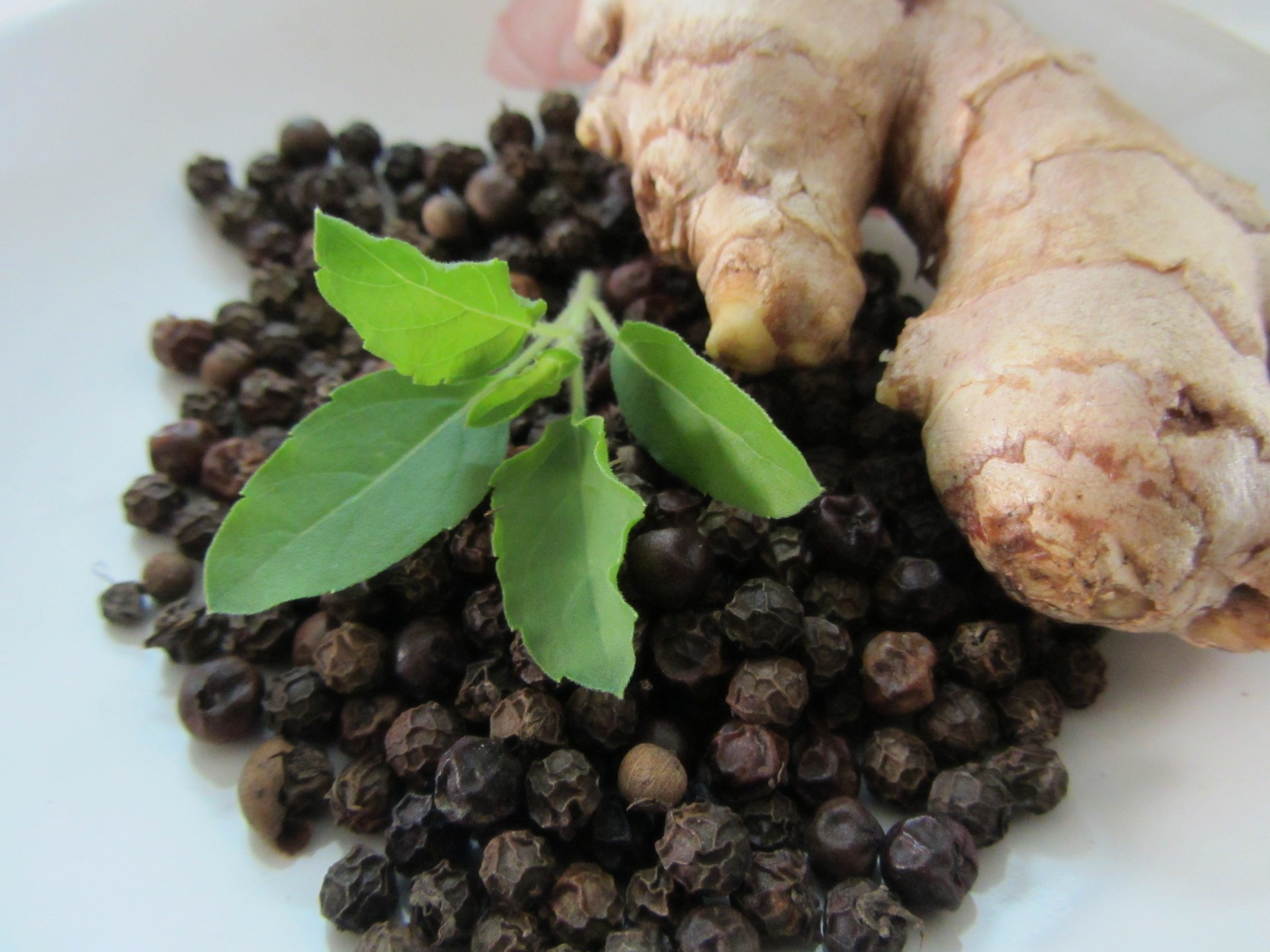 Turmeric, or Curcuma longa, is considered to be one of Ayurveda’s true treasures. Its main components are curcuminoids and curcumin. They help provide many diverse benefits for human health, including preservation of brain functions, high antioxidant activity, regulation of inflammation in conditions such as rheumatoid arthritis, and helping to prevent cancer.

Yogis were the first to advocate this herb, and they claimed it enhanced flexibility and joint integrity. It is commonly used for its anti-inflammatory effects, and it’s been proven to suppress inflammatory pathways at multiple sites on the body.

Turmeric-derived compounds suppress the production of cyclooxygenase-2 (COX-2), prostaglandins and leukotrienes while preserving the protective cyclooxygenase-1 (COX-1). This usually means that turmeric can help provide a nice anti-inflammatory effect without the gastric complications sometimes seen with other inflammatory agents like aspirin.

Although more data is still necessary to corroborate the suggestion that turmeric is a cancer preventive, early studies has shown an extensive chemo-preventive value within this wonder herb.

Triphala is one of the most common elements in a lot of Ayurvedic protocols. It’s composed of not just one, but three plants; the literal translation of triphala is “three fruits” (tri = three, phala = fruit). It also symbolizes the fusion of Emblica officinalis, Belleric myrobalan and Chebulic myrobalan.

The use of this herb is based on a key tenet of Ayurvedic theory: disease is most able to take hold when your digestion is being compromised. In addition, two formulas – Triphala and Trikatu – were created to help normalize digestion and prepare the groundwork for overall wellness.

The triphala “cocktail” challenges modern scientific investigative methods, since the special compounds within each fruit seem to take on various characteristics when fused together, which may not be replicated when the fruits are analyzed separately. In addition, the therapeutic dose of every ingredient can be greatly lowered when formulated together in equal amounts.

Triphala is best used in capsules, standardized to 50% tannins, and at a dose of 500-600 mg before every meal (15-20 minutes prior to such would be sufficient). If taken consistently, results are generally seen in as little as two weeks. However, it may take as long as 4-6 weeks to obtain the full therapeutic effects.

This is renowned as one of the Ayurvedic herbs that serve to maximize and optimize the functions of the brain. The consumption of such would then lead to a better working brain.

One ayurvedic herbs available for use is the ashwagandha (Withania Somnifera). The name of this shrub is roughly translated to “strength of ashwa plant horse” and the roots of such have been used for thousands of years

This is considered to be one of the classical Ayurveda treatments that have the following properties:

Ashwagandha is best known for its power to promote energy and stamina without the need to stimulate the heart. As a body-balancing herb: it also addresses insomnia problems. It’s also been speculated that ashwagandha contains GABA (gamma-aminobutyric acid) mimetic action, which could account for some of its sedating effects and anticonvulsive properties. This would also accord with its historical use for insomnia and anxious neurosis.

In addition, experts have also suggested that ashwagandha has the ability to suppress stress-induced changes in dopamine receptors in the corpus striatum, meaning it may play a role in preventing the development of chronic anxious behaviors.

Ashwagandha is also known to increase the production of thyroid hormones T4 and T3 while simultaneously increasing the activity of hepatic glucose-6 phosphate inside the body, and lowering hepatic lipid peroxidation in animal models.

As you gain an even deeper comprehension of co-morbidities between hypothyroidism, hypercholesterolemia, and diabetes, ashwagandha may one day play a crucial role in the management of these inter-related conditions.

Ashwagandha is dispensed in doses of 500mg for at least once or twice on a daily basis before meals. Maximum responses are generally seen within the first 2 to 4 weeks of regular consumption.

Bitter melon (scientifically referred to as Momordica charantia) is an edible gourd and is a go-to plant for people with high glucose readings or borderline diabetic/metabolic syndrome. Preliminary evidence suggests that its hypoglycemic action can be explained through various mechanisms. They are:

In addition, bitter melon has also proven that it can reduce triglyceride levels in a dose-dependent manner in animal trials. It may also have a role to play in lowering cardiovascular risks (especially for people with diabetes and metabolic syndromes).

These herbs are usually standardized to their constituents, Momordicosides, and Charatin, and usually dispensed in 500-600mg doses, twice daily following meals. Because of the insulin-mimetic action, it may be necessary to adjust the dose of concurrently prescribed hypoglycemic drugs.

Holy basil also referred to as Tulsi and Sierra Leone (fever plant), is considered to be a sacred herb by people in India. This can be found growing in temple gardens, where the rich fragrance of such opens the respiratory passages and some would say, helps the spirit roar. The key compounds found here are the following:

These compounds also share the anti-inflammatory, antipyretic and analgesic actions usually found in the oregano family.

In addition, the different fixed oil compounds found in the plant have shown extensive antimicrobial and antifungal properties that ward off a variety of pathogens including E-Coli and candida. Also, holy basil was also used as an anti-tussive that helps clear excess dampness in the lungs.

When talking about consumption, holy basil can be taken in capsule, tea and in liquid forms. It’s dispensed in a 600-700mg doses and is taken in twice a day on a daily basis before meals. Take it for at least 2-4 weeks for optimal results.