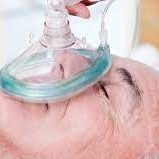 OXYGEN THERAPY
Oxygen can help provide far less fuel for cancer cells than glucose (only 2 energy molecules instead of 36 with sugar).Thus, filling your body with more oxygen is both a smart and effective method in warding off cancer.

There are a couple of them that you may want to consider.

First, there’s hyperbaric oxygen, which is a mechanism that helps increase the pressure of oxygen forcing more into the blood and tissues. This method is seldom utiolized in the treatment of cancer.

Second is oxygen flooding, or increasing oxygenation through the use of peroxide and ozone. The two substances are then super-charged with oxygen and deliver a high-impact yield.

Finding an alternative practitioner to perform oxygen flooding is the key for it to be successful.

Though neither peroxide nor ozone is as dangerous as chemotherapy, they can still be harmful if they’re used incorrectly. They’re delivered through an intravenous line or by removing your blood, oxygenating it, and returning it to your body. The latter method is much safer – in my opinion, anyway. Other routes of administration may sound weird (as well as scary) but are valid and effective.

Rectal insufflation is when ozone and peroxide are given rectally. One of the best benefits of this method that it helps prevent the coughing reflex that sometimes takes place when patients receive ozone intravenously. This method can also be used vaginally. The most important thing is to get high doses of oxygen into the body where it can cause cancer cells to wither and eventually die.