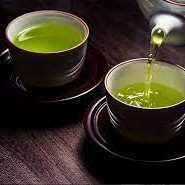 Published information about the positive effects of various teas on health and weight loss cannot be classified scientifically. However, when given much thought, tea has been a choice ever since the ancient era. Which then brings the question, is it really a requirement to verify the health findings in the laboratory?

Ultimately, all tea comes from the plant called Camellia Sinesis. Whether oolong, green, black or white tea, millions of people have been drinking teas for long periods of time. It makes it safe to say that the majority of them are very much comfortable with the effects. Henceforth, tea is one of the many popular forms of natural therapies, especially when it comes to health and weight loss purposes.

There have been common arguments when it comes to which tea holds the greatest benefit. Others say oolong is better while some prefer green. Speculations, yes, but it all boil down to the particular differences in benefits between these two popular teas.

Both teas come from the same plants but they differ greatly when it comes to the processing. The processing for oolong takes longer than green tea because of the process of oxidation. Green tea does not go through that process at all which results to the original antioxidants remaining intact and maintaining the color.

Despite the oxidation process eliminating some of the antioxidants from the oolong tea, this doesn’t change its effectiveness towards weight control. On the contrary, the process actually imparts a couple of other antioxidants into the tea that were not present before. With this, both teas result to having excellent antioxidant content that contribute greatly towards health and weight loss benefits.

In terms of taste, people use the term “grassy” to describe the taste of green tea. However, that doesn’t mean that the taste is dull. In fact, it has a surprisingly great test. Therefore, quality counts. Be sure to follow the appropriate storage instructions to keep the tea fresh and maintain the taste. For oolong, the taste usually varies but mostly it’s a bit woody with a pinch of citrus. This makes its taste stronger that green tea, which makes coffee drinkers prefer it.

Over the years, green tea has garnered more success stories than the oolong for weight loss. Scientists have labeled green tea with much credibility as an effective fat burner. Oolong, on the other hand, has received less scientific evidence that supports it as an effective greasy food pair and as a fat blocker. However, it also contains a bit more caffeine, which speeds up the metabolism and makes it easier to burn calories.

Aside from the fact that both teas contribute greatly to weight loss, it was also discovered that they share the same benefits when it comes to curing and preventing heart disease. It was in the year 2010 that researchers linked the consumption of oolong tea to the reduced risk of cardiovascular disease. For green tea, it has also been proven to lower bad cholesterol because of its potency for antioxidants.

Another common effect that the teas share is the reduced risk for diabetics. An enzyme called amylase is needed to breakdown starch to simple sugars for effective absorption. Green tea has polyphenols that inhibit amylase so it lowers the blood sugar levels at a minimum. In effect, green tea has been known for its many health benefits because it has been tested more extensively than oolong.

There have been many debates about the pros and cons when it comes to the comparison of oolong and green tea. Both teas are good agents of natural therapies. They both serve good benefits when it comes to health. Green tea shows great promise when it comes to anything that’s primarily medical. Oolong, on the other hand, is primarily on weight loss. Detoxification could go both ways it all boils down to ones taste.

Natural Therapies — Vitamin A Basics and its Benefits
January 2, 2019
Find on this website
Go to Top