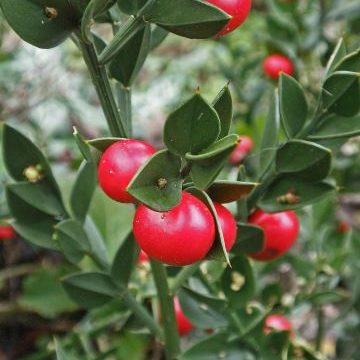 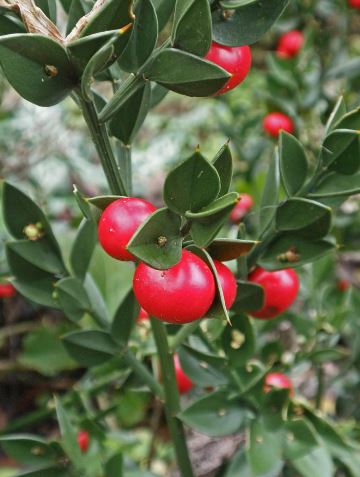 Butcher’s broom is a medicinal herb that’s native to the Mediterranean region of the word. It was once popular for making brooms in the old days, now it provides a myriad of modern medicinal benefits. This herb is widely used in Europe and in the United States, and it’s been proven that the herb’s potential for treating a variety of circulatory and inflammatory conditions.

How does it work? Butcher’s broom works by activating the receptors that help stimulate the release or noradrenaline to help increase vascular tone and constrict blood vessels. This constriction helps to get the blood moving and reduce pooling. In addition, Butcher’s broom also contains flavonoids that also support normal blood circulation and help strengthen the blood vessels.

Some of its constituents include:

Butcher’s broom usually comes in tablet form, though you can also get it in suppository, ointment, liquid and capsule forms.

Butcher’s Broom – Gallstones and Atherosclerosis “Hardening of the Arteries”

Butcher’s broom is a plant and its roots are used to make medicine. It’s often used for hemorrhoids, gallstones, atherosclerosis (“hardening of the arteries”), and for the other symptoms of poor blood circulation (such as pain, heaviness, leg cramps, leg swelling, varicose veins, itching and swelling). Sometimes, Butcher’s broom is used as a laxative and as a diuretic to help increase urine output, reduce swelling and to hasten the healing of fractures. In some cultures, the roots are also consumed in the same way as asparagus.

How does it work? The chemicals found in Butcher’s broom may cause the blood vessels to either narrow or constrict. It may also help improve blood circulation in the legs by preventing the blood from “pooling” in the veins.

Butcher’s broom is a traditional remedy for varicose veins and other circulatory conditions. It has the ability to ease leg pain caused by poor blood circulation and other related symptoms (including swelling, itching, cramping, heaviness, tension and numbness). Other than poor circulation, irregular heart rhythm and other heart related problems can also be cured with butcher’s broom.

Butcher’s broom is approved by the German Commission for the treatment of chronic venous insufficiency. Chronic venous insufficiency is a condition causing pain, swelling, and fatigue in the calves that’s associated with the varicose veins, and hemorrhoids. In addition, butcher’s broom is a good herbal remedy for those suffering from restless leg syndrome based on its medicinal properties.

Topical ointments and suppositories made with butcher’s broom provide relief when dabbed onto the itchy, painful hemorrhoids. When taken internally, the herb can also expedite the body’s healing process. In addition, applying liquidated butcher’s broom extract directly on to the affected area provides immediate relief of symptoms.

Hemorrhoids and varicose veins are commonly associated with a loss of blood vessel integrity. Thus, supplementing with herbs (such as chestnut and butcher’s broom, which help support the vascular system) may help ease the symptoms. In addition, its believed to improve both conditions by promoting healthy microcirculation, capillary flow, and strengthening the connective tissues.

This herb has been approved by the German Commission for chronic venous insufficiency, a condition causing pain, swelling, and fatigue in the calves that is related to varicose veins, and as well as hemorrhoids. Plus, it may be a good herbal remedy for those who are suffering from restless leg syndrome based on its medicinal properties.

Butcher’s Broom may benefit sufferers of a couple of different kinds of inflammatory conditions, including carpal tunnel syndrome, lymphedema swollen ankles, and general swelling in the lower extremities. In addition, the herb helps increase blood flow, promotes circulation, strengthens the blood vessels, reduces capillary fragility and prevents pooling of the blood in the legs.

These properties give butcher’s broom the power to ease swollen lymph glands and alleviate swelling in the carpal tunnel of the wrist caused by a repetitive motion. A standard dosage for treating inflammation consists of taking at least 150 to 300 milligrams at least 3 times a day.

The most valued benefits associated with butcher’s broom is treating circulatory and inflammatory conditions. It’s also believed to reduce urine retention (useful in treating bladder infections). Other traditional, but unproven benefits of butcher’s broom include: