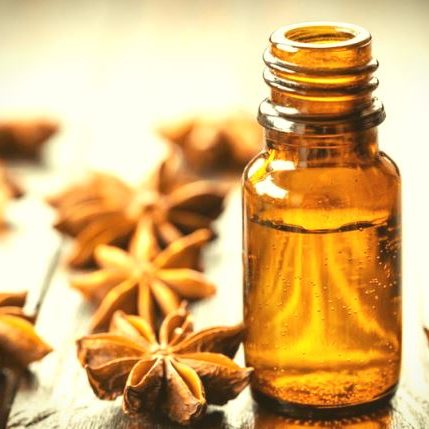 Anise Oil, or Aniseed oil, has health benefits that can be attributed to its numerous properties. Some of  its benefits which include:

One use for this is for the curing of bronchitis, and even for asthma. It helps people calm down coughing and promotes better sleep patterns in people, especially during the night. Just mix 5 drops of 100% aniseed oil with a teaspoon of honey. Remember, the honey must be firm.

Taking aniseed oil in high doses makes it an antispasmodic and an antiseptic.

The dosage of such should be followed like this:

High doses of aniseed oil (also known as anise oil) are used as an antispasmodic and an antiseptic and for the treatment of cough, asthma and bronchitis.

A teaspoon of honey along with 5 drops of 100% aniseed oil will help you get sound sleep as well as calm down your coughs, especially at night. Make sure that the honey has been in the fridge for some time — it needs to be firm. Take a teaspoon of cold honey, make an indentation with your tongue (or the tongue of the person taking it), then drop in the 5 drops of aniseed oil, put the spoon into mouth. As soon as it passes the lips, turn the spoon upside down and slowly allow the honey to warm inside the mouth, while allowing it to run down the throat. Turning the spoon upside down can help prevent the palate from being “burned” by the oil.

Free radicals inside the body can cause a lot of harn for the person if they’re not dealt with. Fortunately, there’s a way for you to eliminate them inside your body, with the help of antioxidants. These are the only compounds known by many that has the ability to inhibit free radicals. A rich source would be aniseed oil. This spice also contains good quantities of antioxidants your body needs, like vitamin C and vitamin A.

Anise has been a famous remedy in North America for hundreds of years as a carminative, a herb that relieves gas pains and bloating. Other traditional uses include treatment for colic, rheumatism, and the familiar licorice-flavor in cough drops. In addition, the therapeutic powers of anise’s phytochemicals, including creosol and alpapinene, are commonly used in herbal remedies to help break up congestion, and ease coughing.

Anise is an expectorant that is also an antiseptic to the mucous membranes. This means that anise does double duty: it kills germs while clearing teh lungs of congestion. Anise and the closely related fennel both contain anethol which has estrogenic properties. Both of these herbs have a folklore reputation as tonics for women who are nursing and want to increase milk production, or have menstrual problems like delayed or skimpy periods.

In the 1970s, Dr. Stanislaw Burzynski, a physician based in Houston Texas, developed the antineoplaston therapy. He used this method to cure different kinds of cancer until he started becoming too successful. His treatment has high success rates with no side effects whatsoever. It’s now utilized as a cure for one of the most difficult type of cancer to cure: brain cancer.

Dr. Burzynski has been involved in a battle with the US FDA for years in the attempt to get his treatment approved. The latter party then attempted to remove the former’s medical license. When that failed, they’ve worked hard to destroy his clinic by cutting off patients that were receiving his brain cancer treatment.

The pharmaceutical cartel was so threatened by this treatment that the US government filed at least 12 patents on the use of the treatment in question even though the doctor has already filed his own patents years before the government did. Currently, the doctor is still making an attempt to get his treatment approved with the FDA.