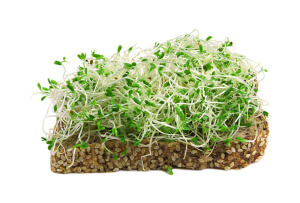 A perennial herb, the alfalfa is a legume with an underground stem that grows approximately 0.9m that has blue-violet flowers. The alfalfa blooms from July to September.

The alfalfa is rich in minerals and chlorophyll. Anecdotal reports show that the use of alfalfa stems are useful in kidney, bladder and prostate treatments. Leaves of which are treated as anti-arthritic, suitable for dyspepsia and also considered anti-asthmatic. More so, results in recent studies shows that the plant might reduce cholesterol levels.

Alfalfa is best in treating inflammation.