Laser dentistry is a form of therapy that became available in the mid-1900s, and it involves the use of lasers to help treat a myriad of different dental conditions. It presents a more comfortable treatment option for several dental procedures, especially when compared to drills.

However, despite gaining approval from the FDA, no laser system has yet gained the American Dental Association’s (ADA) Seal of Approval as an alternative treatment to the traditional methods.
The above-mentioned seal assures dentists that the product or device meets the standards of the ADA when it comes to safety and efficacy, among others. However, the ADA states that it’s cautiously optimistic about the role of laser technology in the field of dentistry. These lasers are a bit different from the cold lasers used for other treatments.

Still, dentists may use lasers to help treat the following:

How Are Laser Treatments Performed?

There are two main kinds of procedures that are used for laser dentistry — hard and soft tissue procedures. Hard tissue refers to the teeth, and the soft refers to the gums. 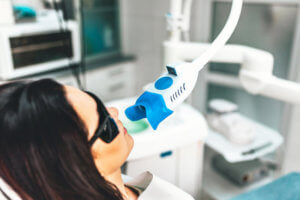 The common hard tissue procedures include:

The common soft tissue procedures include:

The Pros and Cons

Compared to the traditional dental drills, lasers are known to:

However, there are a couple of disadvantages to also consider, and they are:

The Dangers of Amalgam Fillings and How They Can Kill You Slowly
November 22, 2018

Teeth with Braces — Tips for Taking Good Care of Them
November 22, 2018

Amalgam Fillings — The Basics and How to Remove Them
November 22, 2018
Traditional vs. Holistic Dentistry — Which is Better?
November 21, 2018
Find on this website
Go to Top