Holistic dentistry, also referred to as biological dentistry, takes into account a person’s entire state of physical and emotional health. Holistic dentists use natural therapies (sometimes in combination with conventional ones) to help prevent, diagnose and treat diseases in the mouth.

How Did it Start Out?

A lot of treatments for oral conditions and diseases include elements that most people know are toxic.

Amalgam, for instance, which is commonly used in fillings, contains more than 50% mercury, a heavy metal that can severely damage both the immune and central nervous system. You could say that most people really didn’t know that amalgam fillings have that high level of mercury in them.

In addition to exposing the body to mercury during the placement or removal of amalgam fillings, some of the common dental procedures such as gum cleanings and root canals can force bacteria to enter the bloodstream, which can be harmful for some people. Gum cleanings are essential to good oral health, though, and holistic dentists sometimes make use of natural antibacterial agents to help lower the risk.

Are There Any Risk Factors in Traditional Dentistry?

For the general public, dental amalgam fillings are the main source of mercury exposure, and mercury is known to stay inside the body for more than a year. In addition to the release of mercury and bacteria into the body, however, there are other environmental concerns.

Improper disposal of dental waste, for example, can cause the release of heavy metals into water sources, thus posing a grave threat to wildlife and affecting the food chain. This may be a cause of increased mercury levels discovered recently in certain types of seafood and other fish-eating animals.

Furthermore, amalgam accumulates on dental equipment, like cotton swabs and gauze, and these materials may be deposited frequently in trash bins. In local areas where trash is burned in incinerators, the mercury can be released via air emissions.

The Relationship Between Oral and Overall Health

Oral health is important for your overall health. The oral cavity is known as the starting point and portal for a lot of microbial infections to enter the bloodstream. Thus, oral health can be used as a risk factor for, indicating the presence of, or exacerbate the effects of diseases like diabetes, heart disease and stroke.

Another example is the human immune-deficiency virus (HIV), which may show its symptoms first inside the mouth. Furthermore, individuals with periodontal disease have more difficulty maintaining their blood sugar.

How is Holistic Dentistry Different from Traditional Dentistry? 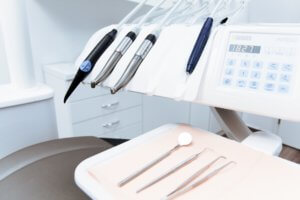 Dentists who practice holistically look at the entire body, not just the teeth and gums as in traditional dentistry. They may advise and offer programs on preventative care that goes beyond practicing good oral hygiene to help emphasize better nutrition, smoking cessation and moderate consumption of alcohol for patients who drink too much.

If you want to try a holistic dental approach yourself and ditch the traditional ways of dentistry when it comes to good oral health, you can book an appointment at the nearest holistic dental center and learn more there.

The Dangers of Amalgam Fillings and How They Can Kill You Slowly
November 22, 2018

Teeth with Braces — Tips for Taking Good Care of Them
November 22, 2018

Laser Dentistry — Knowing the Fundamentals of the Dental Treatment
November 22, 2018

Amalgam Fillings — The Basics and How to Remove Them
November 22, 2018
Traditional vs. Holistic Dentistry — Which is Better?
November 21, 2018
Find on this website
Go to Top