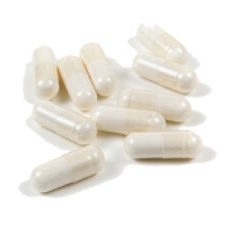 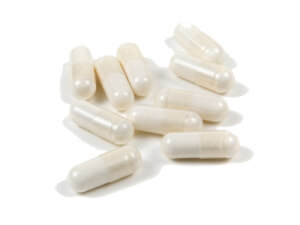 Initial data suggests that ALA may possibly provide protection for people experiencing cerebral ischemia, mitochondrial disease, and muscle ischemia that’s associated with peripheral arterial disease, diabetes, diabetic neuropathy, and any other causes of damage to either the brain or neural tissue. In addition, the antioxidant properties of ALA may also be beneficial for people experiencing any kind of liver diseases.

Alpha-lipoic acid is both water and fat soluble and can regenerate endogenous antioxidants, like vitamins C and E and glutathione, and prevent oxidative damage.

Preliminary data also suggests that these antioxidant effects may help provide protection from cerebral ischemia associated with other causes of damage to brain or neural tissue.

Alpha lipoic acid has been proven to be effective in treating both metal poisoning (lead, arsenic, cadmium, and mercury) and chemical poisoning (hexachlorobenzene, n-hexane).

ALA can be gained in various ways. If you’re living a healthy life, your body produces enough ALA. Plus, you can get this antioxidant in red meat, offal meats, and yeast (brewer’s yeast). There are also supplements you can take of it such as capsules and intravenous ALA.

For dosage, it’s not recommended for children to take them for pediatric use; it hasn’t been confirmed if it’s safe for them to take. For adults, the best dosage for neuropathy is 600 mg on a daily basis. For antioxidant purposes, between 50 to 100 mg is enough; but you can try the 30 to 100 mg tablets of such.

For general antioxidant support, you would need 20 to 50 mg daily and 800 mg for people with diabetes and diabetic neuropathy; needs to be taken in divided doses.

Alpha-lipoic acid is an antioxidant made by the body. It’s found inside every single cell and it helps convert glucose into essential energy. The antioxidants work by attacking the “free radicals” (waste products inside the body that’s created when food is converted into energy) that can cause harmful chemical reactions which can greatly damage cells; making it a bit more difficult for the body to fight off infections.

Moreover, these “free radicals” can also damage internal organs and tissues. Furthermore, evidence states that alpha-lipoic acid has the capability to produce more antioxidants and make them active again.

In addition, alpha-lipoic acid is both fat and water soluble – it can function in all parts of the body. When it comes to cells, the acid substance is then converted into dihydrolipoic acid.

A sulfur-containing fatty acid and universal antioxidant capable of warding off free radicals in both aqueous (watery) and lipid (fatty) environments, alpha lipoic acid has been used as a treatment for multiple ailments including nerve damage caused by diabetes. Furthermore, aside from being a master antioxidant, ALA is a blood glucose regulator and is significantly involved in the energy production of cells.

Researchers are now starting to notice its positive site effects in neurodegenerative diseases. In a 2001 study reported in the Archives of Gerontology and Geriatrics, participants were given 300mg of ALA twice daily for a year. During the course of the study, their condition stabilized with no additional loss of cognitive function.

While the test cores of untreated Alzheimer’s sufferers would be expected to drop 8-11 points during a year, the fact that the patients’ scores remained unchanged was noted by the study authors as being quite significant. R-lipoic acid, a strong new form of lipoic acid having 50% more biological activity, is likely to substantially increase the benefits of this substance.

A couple of studies have suggested that alpha-lipoic acid helps reduce blood sugar levels. It also has the ability to eliminate free radicals; this may help people with diabetic peripheral neuropathy, who have pain, burning, itching, tingling and numbness in their arms and legs from nerve damage. Furthermore, researchers believe that alpha-lipoic acid (ALA) also helps improve insulin sensitivity.

ALA has been used for years to help treat peripheral neuropathy in Germany. However, most studies found that it’s helpful when used as a intravenous (IV) ALA treatment. However, it’s not clear whether taking ALA by mouth will also help. Most studies conducted of oral ALA acid have been small and poorly designed. A study find that taking ALA for diabetic neuropathy lowered symptoms compared to placebo.

ALA helps improve the insulin sensitivity and glucose disposal in patients with type 2 diabetes. Furthermore, patients who took ALA intravenously had significant improvement in insulin resistance after 1 to 10 days of IV administration.

ALA is believed to protect the brain and nerve tissues. Hence, ALA may possibly have the capability and can be a potential treatment for stroke and brain cancer. This includes treating free radical damage like dementia. However, there hasn’t been enough evidence to prove this claim.

ALA also has the ability to improve a person’s neuropathic sensory symptoms. These include burning, pain, numbness and prickling of the feet and legs. In addition, it also improves ratings of neurological deficit and disability. The improvement only takes place within 3 to 5 weeks of IV consumption.

In a study on skin aging, a cream containing 5% lipoic acid helped lower fine lines caused by damage from the sun. Studies also show that ALA bind with toxic metals, such as mercury, arsenic, iron and other metals acting as free radicals. Initial studies also suggested that ALA may play a crucial role in the management of other conditions, these include erectile dysfunction and cancer.

In a study on skin aging, a cream containing 5% lipoic acid helped lower fine lines caused by damage from the sun. Studies also show that ALA binds with toxic metals such as mercury, arsenic, iron and other metals acting as free radicals. Initial studies also suggested that ALA may play a crucial role in the management of other conditions, including erectile dysfunction and cancer.

As a topical fatty acid, ALA provides a myriad of benefits for the skin. When added to lotion formulated for the delicate, thin-skinned eye area, you’ll experience a significant reduction in under-eye circles, loss of firmness and puffiness. It will also reduce the swelling due to puffiness in the face and its anti-inflammatory properties reduce redness and blotchiness, resulting in an evening of the skin tone, often making foundation and other makeup unnecessary.

ALA also has the ability to reduce pore size and impart a healthy radiance to the skin. It’s also a great thing to use for reducing the appearance of wrinkles and fine lines due to its ability to regulate the production of nitric oxide, which controls the flow of blood to the skin. Plus, ALA can keep fine lines caused by the harmful UV rays of the sun from forming.

Alpha-lipoic acid is easily metabolized into dihydrolipoic acid (DHLA) in a myriad of tissues. Both of them have antioxidant properties and have the ability to scavenge free radicals in both the intracellular and extracellular spaces.

The endogenous alpha-lipoic acid is a coenzyme that’s involved in the metabolism of carbohydrates and the mitochondrial citric acid cycle which generates the fundamental unit of energy – adenosine triphosphate (ATP). Moreover, it’s a modulator of the responses of inflammation and can possibly suppress vascular inflammation.

Alpha-lipoic acid has both water and fat soluble properties and has the ability to regenerate endogenous antioxidants, such as vitamins E and C, and glutathione, and they can help prevent oxidative damage. Not only do they prevent oxidative damage, both vitamin E and glutathione can improve your skin’s appearance and can protect it from everyday harm and the vitamin C can help boost your immune system.